Going Passwordless (AKA: Should you kick that disgusting habit?) 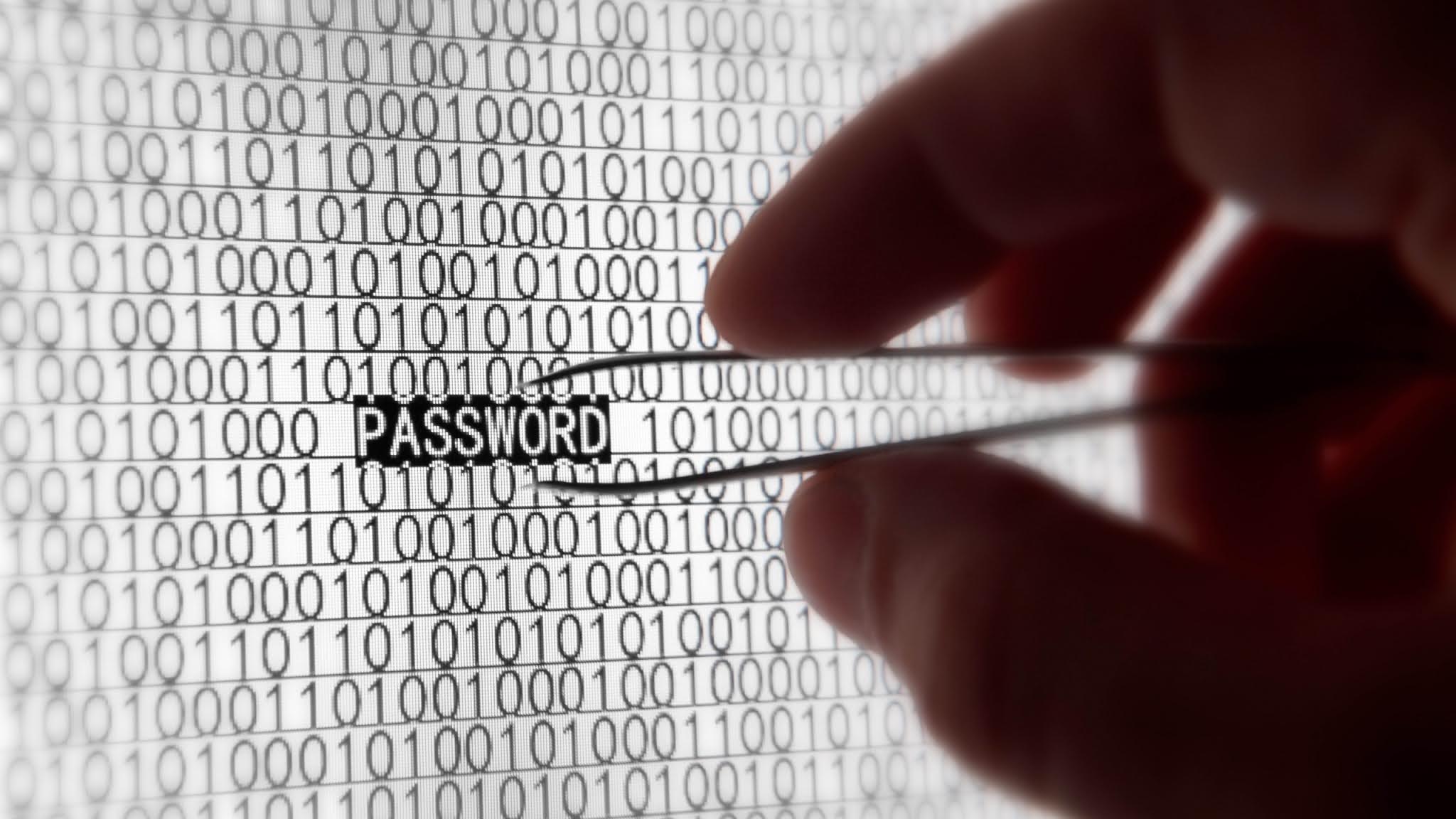 As of 2021, there isn't one single day where this buzzword is not mentioned in some discussion or reading materials I come across. But what is passwordless? What is the big deal?

First of all, let's dive a little into the reasons for this sudden hype of a concept that has actually been around for more than 15 years.

Passwords. They are the most primitive means of authentication out there, right?

Wrong! In fact, passwords are (originally) not a method of authentication at all.

The first method of authentication ever used was actually biometrics. Face recognition, specifically. Humans have been using it for as long as we exist.

Hello, Bob! I know it's you, because I know your face!

That's what we did, for thousands of years. We recognize that a person is Bob because we recognize his facial (or other) traits and associate them to his identity. At some point, however, identifying anyone based on their face alone becomes impractical, because we humans can only accurately remember and identify so many faces. So other methods were invented. We will explore this amusing story in later articles, though. Let's go back to passwords.

Passwords were actually not invented for authentication, but for authorization. Knowing the pass-word, would not provide any information about who I am, but would let the gatekeeper know that I'm to be allowed entrance to the club or the secret society meeting.

Centuries later digital authentication was implemented via a password which is shared not with multiple unknown individuals, but with only one (me). That way, passwords just went from an authorization to an authentication mechanism.

The problem with passwords has been the same throughout history, though: They are shared with whom they shouldn't be. Leaking the password will give the bad guys access to the heroes lair, and they will only find out once it's too late.

In fact, more than 85% of data breaches and security incidents are caused by poor, reused, default and stolen passwords. And what do we, security practitioners, typically do about this? We devise strong password-complexity policies, which aim to make them more difficult to guess and frequently rotated in order to reduce the impact of leaks. I recently watched a fun video which I somehow managed to understand as a metaphor for the effectiveness of password-complexity policies (I could not find a suitable version to share here, so a description will have to do): 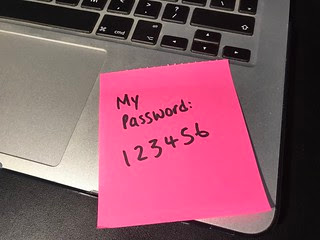 Post-its under the keyboard, documents with a list of all used passwords, single password across all personal and professional accounts, adding Month+Year to the Password to rotate it without actually changing it... Sound familiar?

When we make it too difficult for users to maintain their passwords, not only are we not improving security and increasing only the friction for them, but we are actually making a leak more likely, since we put the user in a situation in which one compromised password gives the attacker the keys to the kingdom.

After all, any given person has (whether they are aware of it or not) up to 85 passwords in different sites and service providers. Can we really blame them for not remembering 85 different ultra-complex and totally-random passwords? If users tend to reuse passwords across all accounts (and, let's face it, 99% of them do), any of these passwords is only as strong as the weakest of them all. If the website for buying and selling vintage baseball cards that I registered in 5 years ago (and then forgot) stores passwords in plain text (without encryption) and gets hacked... oh boy. To be perfectly honest, it's not really even their fault. It's not really ours (as security practitioners) either. There simply was no better option. Yet.

As the name suggests, passwordless is a new Authentication paradigm where passwords are not needed, and instead users are asked for additional factors to prove their identity (MFA), such as their fingerprint, a code sent over SMS, etc.

How might this look like? I access my laptop one morning. A login screen pops up. I introduce my username and click "access". I see a message which says "please check your phone". I do, and there's a push notification, asking me to provide my fingerprint for authentication. I do, and my laptop logs in. Done. An attacker would need to steal both my phone and my finger to be able of impersonating me. This is only one possible passwordless MFA scenario. We will dive deeper into MFA in future articles.

However, there are a lot of talks about "going passwordless" which tend to over-simplify what it means, creating confusion and misunderstandings. To clarify, when we say passwordless we might be talking about 4 different things:

While I believe there is no question that passwords are outdated and insecure mechanisms and that we now have much better, more usable and secure alternatives, it's also true that we are still in a transitioning phase, where it's still a challenge to achieve the above option #2, and almost impossible to achieve #1. But it's an evolutionary process, and there are definitely very powerful MFA alternatives that allow us to drop, at the very least, our dependency on strong and little-effective password-complexity policies and advance towards the future. 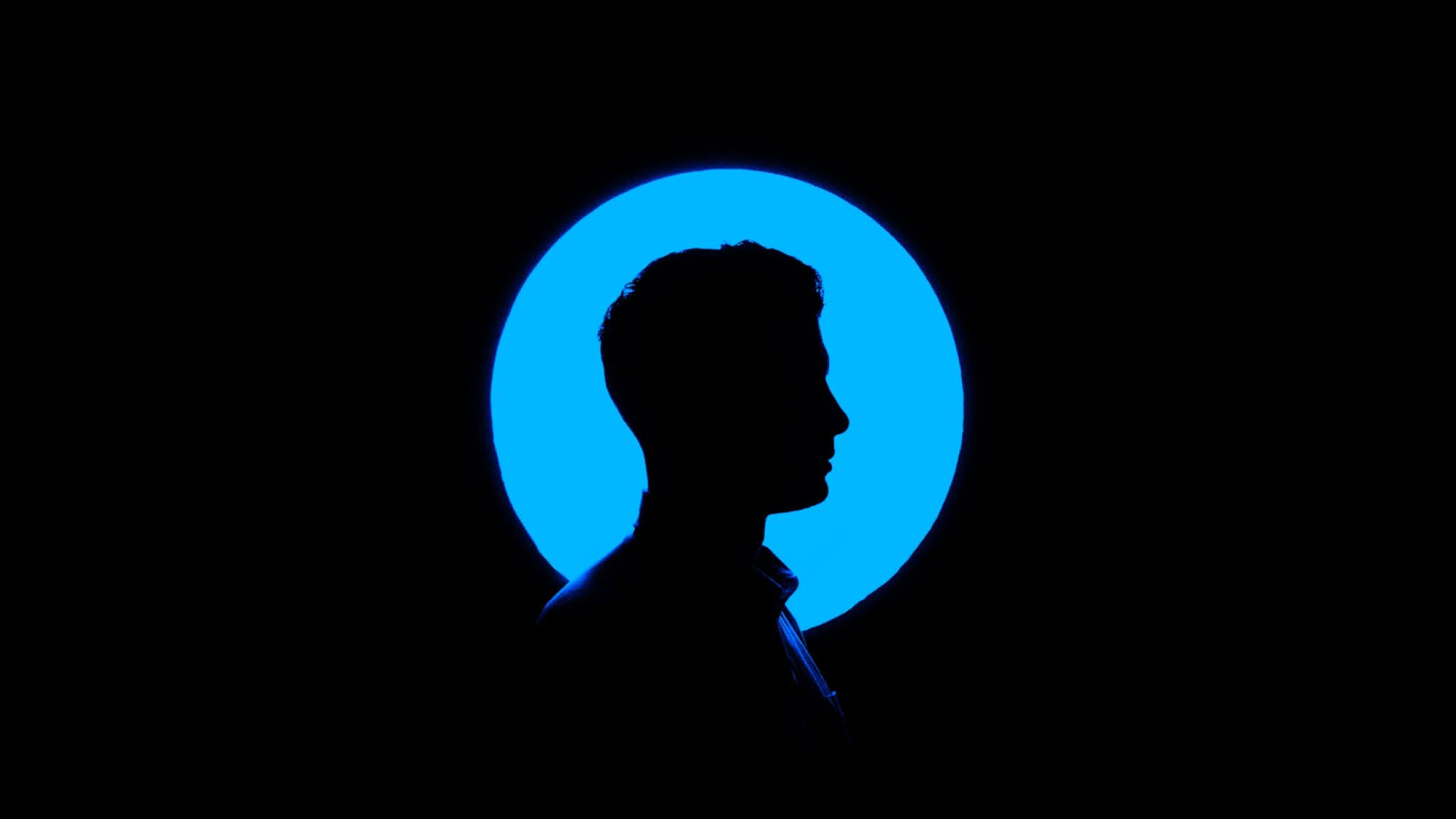 I often see that the concepts of Entity , Identity and Form of Identity are assumed as understood by all parties, and yet rarely with the same definition for all. These are not specific to the realm of IAM, with the first two being universal and the latter being simply derived from their physical-world counterparts. The problem is, as we will see, that not having a clear understanding of what they mean and their importance, will lead us to make design mistakes which will have an impact in our security and governance. Let's go step by step and try to understand each of these terms, in the physical world, to map them later to the digital one. Entity An Entity is defined as "something that exists independently, not as part of a whole". This is the foremost node in the identity chain. John Smith  is an entity (a car is also an entity, as is a service or an application , in the digital world, but let's stay with John as a simpler example, for now). John can't be mor
Read more 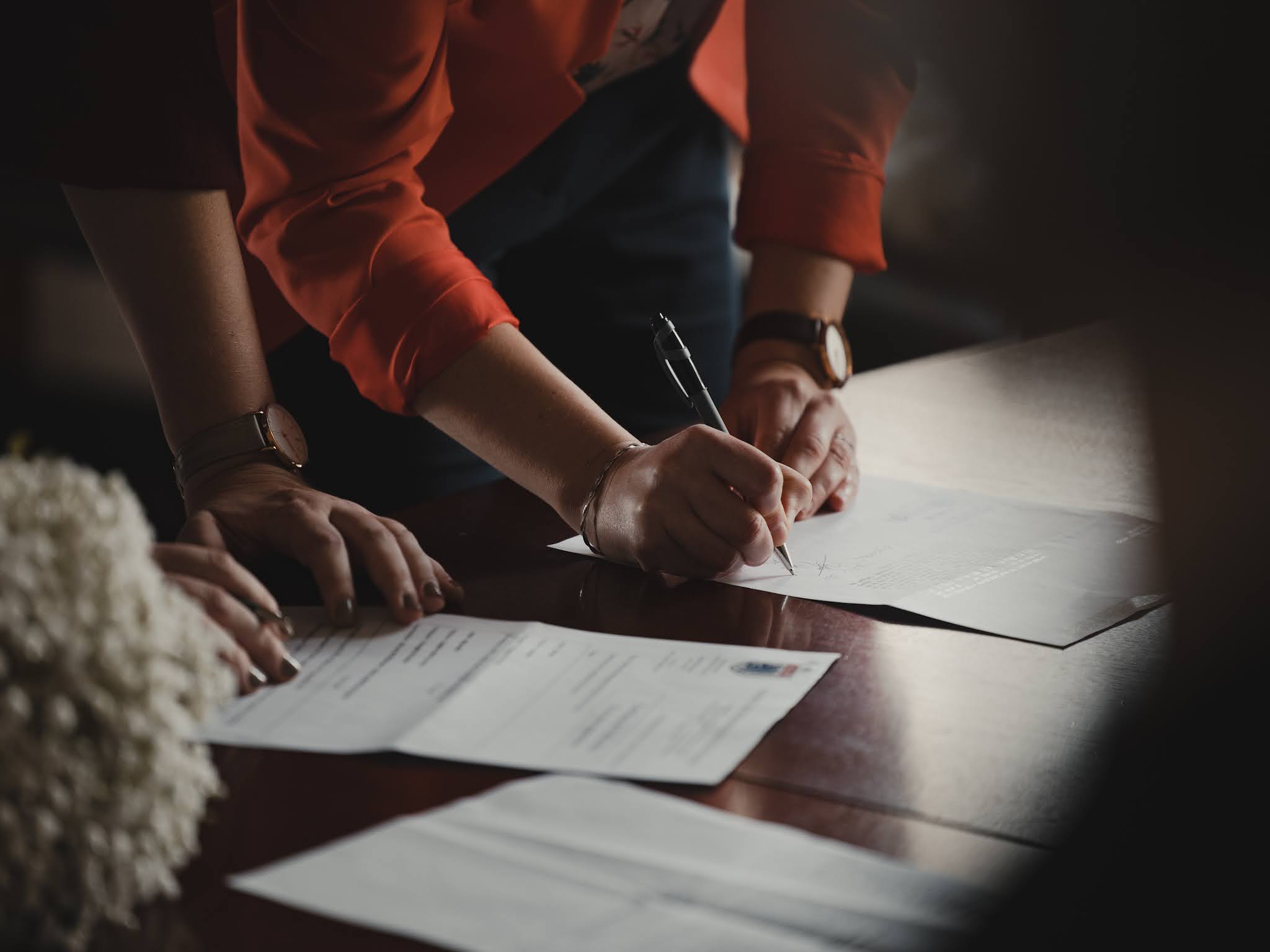 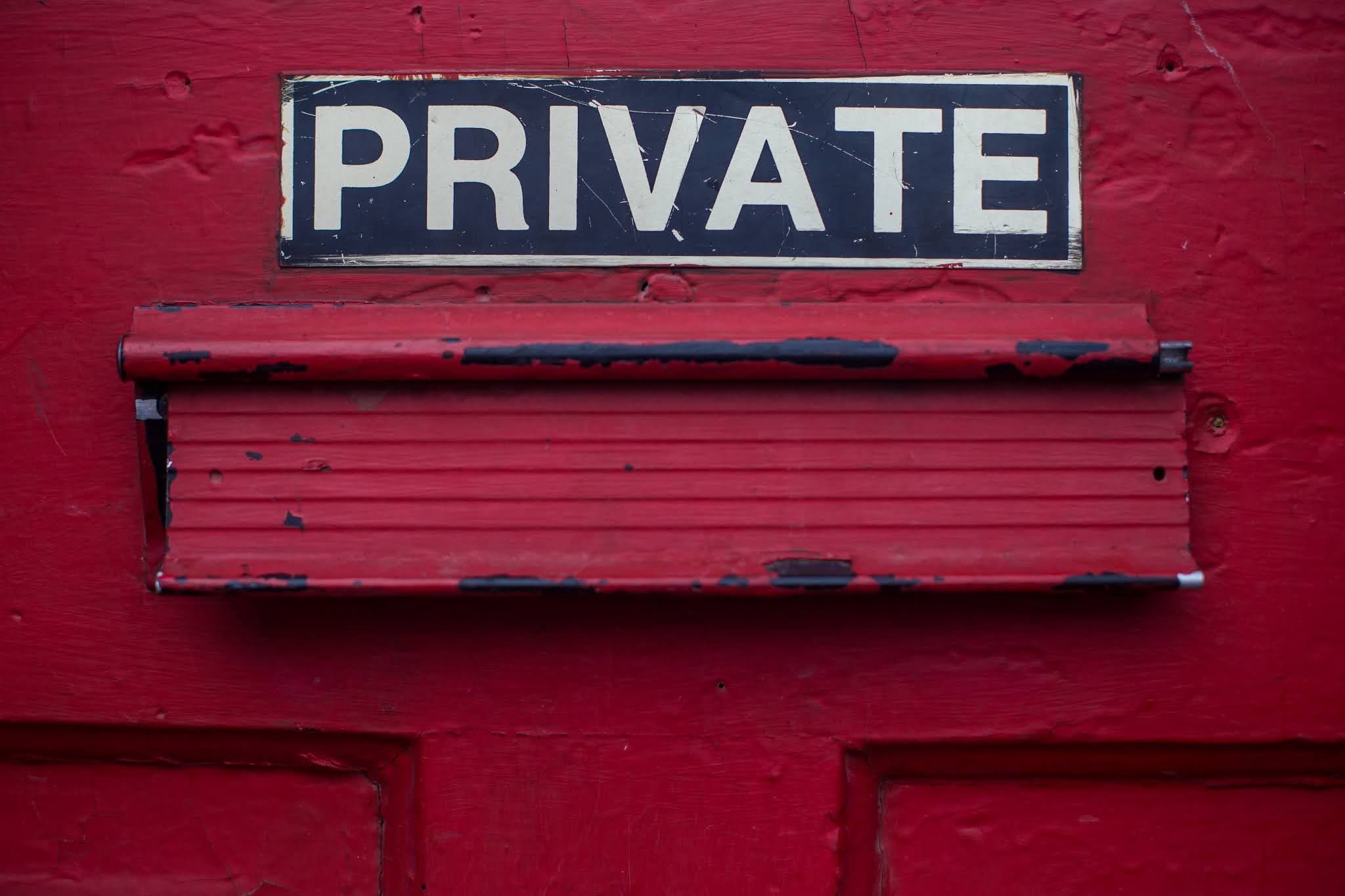 In previous articles, we directly dived into some quite-specific concepts of Identity and Access Management (IAM). I'm aware, however, that we are yet to set a basic scenery with the main components of the IAM domain. Kind of a chapter 0 defining the building blocks. Let's take the time to do that, without going into excruciating details for now (although we  will  cover them in later articles). So: What is IAM?  We know that i n the domain of Information Security, Identity and Access Management is the field that aims to ensure that the right users have appropriate access to different resources (data, applications, etc.). In other words, it guarantees that these users can only access what they have been authorized for, in line with risk-based decisions made by the owners of those resources. But what does it all mean? How do we achieve this, and what are the different components of such an enterprise? Although very often we find them muddled and mixed up (especially in real-worl
Read more
Manuel Garat Loureiro
Head of IAM (Identity and Access Management) | CISA | PSPO
Booking.com
View profile